resources > blog > Part 1: All You’ve Ever Wanted to Know About Credit Cards

Part 1: All You’ve Ever Wanted to Know About Credit Cards

Interested in the history of credit cards? The make-up of a credit card? Credit Card Programs? Transaction Processing? Key Players in the industry? This is part one of a three part series in “All You’ve Ever Wanted to Know About Credit Cards” – follow along weekly!

A credit card is a thin plastic card, usually 3-1/8 inches by 2-1/8 inches in size, that contains identification information such as a signature or picture, and authorizes the person named on it to charge purchases or services to his account — charges for which he will be billed periodically. ¬†The use of credit cards originated in the United States during the 1920s, when individual companies, such as hotel chains and oil companies, began issuing them to customers for purchases made at those businesses. This use increased significantly after World War II.

The Make-up of a Credit Card

Although¬†phone¬†companies, gas companies and department stores have their own numbering systems,¬†ANSI Standard X4.13-1983¬†is the system used by most national credit-card systems.

Here are what some of the numbers stand for:

The first digit in your credit-card number signifies the¬†system:

BIN stands for Bank Identification Number and is how VISA delineates to which financial institution (e.g., issuing bank, acquiring bank, etc.) transactions, data and/or information belongs. ¬†MasterCard’s equivalent to a BIN is an Interbank Card Association Number (ICA), which plays the same role as VISA’s BIN. BINs and ICAs are only available to member financial institutions and are the only level of management and reporting outside of individual merchants that the networks have available. ¬†In short, a BIN/ICA is a numeric representation of a financial institution (banks may have numerous BINs/ICAs) so the networks can easily, and usually electronically, delineate and interact with their members. ¬†VISA and MasterCard only provide their reporting at the BIN or ICA levels.¬†(source)

The stripe on the back of a credit card is a¬†magnetic stripe, often called a¬†magstripe. The magstripe is made up of tiny¬†iron-based¬†magnetic particles in a plastic-like film. Each particle is really a tiny¬†bar magnet¬†about 20-millionths of an inch long.

The magstripe can be “written” because the tiny bar magnets can be¬†magnetized¬†in either a north or south pole direction. The magstripe on the back of the card is very similar to a piece of cassette tape (see¬†How Cassette Tapes Work¬†for details).

A magstripe reader (you may have seen one hooked to someone’s¬†PC¬†at a bazaar or fair) can understand the information on the¬†three-track stripe. If the ATM isn’t accepting your card, your problem is probably either:

There are three tracks on the magstripe. Each track is about one-tenth of an inch wide. The ISO/IEC standard 7811, which is used by banks, specifies:

Your credit card typically uses only tracks one and two. Track three is a read/write track (which includes an encrypted PIN, country code, currency units and amount authorized), but its usage is not standardized among banks.

The information on track one is contained in two formats: A, which is reserved for proprietary use of the card issuer, and B, which includes the following:

The format for track two, developed by the banking industry, is as follows:

There are three basic methods for determining whether your credit card will pay for what you’re charging:

This is how it works: After you or the cashier swipes your credit card through a reader, the EDC software at the¬†point-of-sale¬†(POS) terminal dials a stored telephone number (using a¬†modem) to call an¬†acquirer. An acquirer is an organization that collects credit-authentication requests from merchants and provides the merchants with a payment guarantee.

When the acquirer company gets the credit-card authentication request, it checks the transaction for validity and the record on the magstripe for:

Single dial-up transactions are processed at 1,200 to 2,400 bits per second (bps), while direct Internet attachment uses much higher speeds via this protocol. In this system, the cardholder enters a¬†personal identification number¬†(PIN) using a keypad.

The PIN is not on the card — it is¬†encrypted¬†(hidden in code) in a database. (For example, before you get cash from an ATM, the ATM encrypts the PIN and sends it to the database to see if there is a match.) The PIN can be either in the bank’s computers in an encrypted form (as a¬†cipher) or encrypted on the card itself. The transformation used in this type of cryptography is called¬†one-way. This means that it’s easy to compute a cipher given the bank’s¬†key¬†and the customer’s¬†PIN, but not computationally feasible to obtain the plain-text PIN from the cipher, even if the key is known. This feature was designed to protect the cardholder from being impersonated by someone who has access to the bank’s computer files.

The¬†“smart” credit card¬†is an innovative application that involves all aspects of¬†cryptography¬†(secret codes), not just the authentication we described in the last section. A smart card has a¬†microprocessor¬†built into the card itself. Cryptography is essential to the functioning of these cards in several ways:

This elaborate protocol is conducted in such a way that it is invisible to the user, except for the necessity of entering a PIN to begin the transaction.

Smart cards¬†first saw general use in France in 1984. They are now hot commodities that are expected to replace the simple plastic cards most of us use now. Visa and MasterCard are leading the way in the United States with their smart card technologies.

The chips in these cards are capable of many kinds of transactions. For example, you could make purchases from your credit account, debit account or from a stored account value that’s reloadable. The¬†enhanced memory and processing¬†capacity of the smart card is many times that of traditional magnetic-stripe cards and can accommodate several different applications on a single card. It can also hold identification information, keep track of your participation in an affinity (loyalty) program or¬†provide access to your office. This means no more shuffling through cards in your wallet to find the right one — the smart card will be the only one you need!

Experts say that internationally accepted smart cards will be increasingly available over the next several years. Many parts of the world already use them, but their reach is limited. The smart card will eventually be available to anyone who wants one, but for now, it’s available mostly to those participating in special programs.

Before we get into shopping for a card, let’s go over some important terms you’ll encounter in credit-card brochures or discussions with potential lenders:

If you’ve had credit problems, you might have to settle for a card with a slightly higher rate. If you have poor credit or no credit, some banks will issue you a¬†secured credit card. This means that you deposit money into a savings account that acts as collateral against your credit line.

The rate may be high, but a secured card offers you the convenience of a credit card while you work on rebuilding your credit. Secured cards are often the best option available to those with a¬†bankruptcy¬†in their past. Be sure to choose a secured card that pays you interest on your deposit!

Consumers today can choose from a wide variety of payment cards, and the universe of cards can be partitioned in several ways.

For example, one way to differentiate cards is according to the merchants who accept them. Some retailers issue private-label (house) cards that are accepted only in their stores. Examples include Sears and Macy’s. General-purpose cards, by contrast, are accepted by a wide variety of merchants. Visa and MasterCard are the most common examples.

By Payment Due Date

Another way to classify payment cards is by the amount of time consumers have before payment is due. Debit cards enable a direct withdrawal from the user’s savings or checking account, and payment is due much sooner than for a credit or charge card. Debit cards can be used in either online or offline mode. When used in online mode, the card is swiped through a terminal equipped to handle a personal identification number (PIN). In this case, the cardholder enters a PIN instead of signing a transaction slip, and funds are deducted from the user’s account immediately. In offline mode, the card is swiped through a standard terminal, and no PIN is entered. Instead, the merchant obtains the cardholder’s signature. In this case, the customer’s account is debited within two or three days. A debit card user can purchase any amount up to his balance in that account, and some of these cards even come with overdraft protection.

In contrast, credit cards and charge cards allow the purchaser a longer period of time before he must deliver funds to cover the purchase, and the card may or may not have a predetermined spending limit. Charge cards require the cardholder to pay the balance in full each month unless special arrangements have been made while credit cards allow him the option to make only a minimum payment and pay interest on the balance carried from month to month.

Still another way to distinguish payment cards is by the type of issuer. Financial institutions issue bankcards, which may be either charge cards or credit cards. Visa and MasterCard are the most popular examples. Nonfinancial institutions issue non-bankcards. Market participants subdivide these non-bankcards into two subcategories. Nonbank credit cards, such as Discover Card, enable the cardholder to roll over a balance from month to month while some travel and entertainment cards, such as the American Express Rewards Green Card and the Diners Club Charge Card, are charge cards.

You may also be familiar with what is known as an¬†affinity card. This card — typically a MasterCard or Visa — carries the¬†logo¬†of an organization in addition to the lender’s emblem. Usually, these cardholders derive some benefit from using the card — maybe¬†frequent-flyer miles¬†or points toward merchandise. The organization solicits its members to get cards, with the idea of keeping the group’s name in front of the cardholder. In addition to establishing brand loyalty, the organization receives some financial incentive (a fraction of the annual fee or the finance charge, or some small amount per transaction, or a combination of these) from the credit-card company. 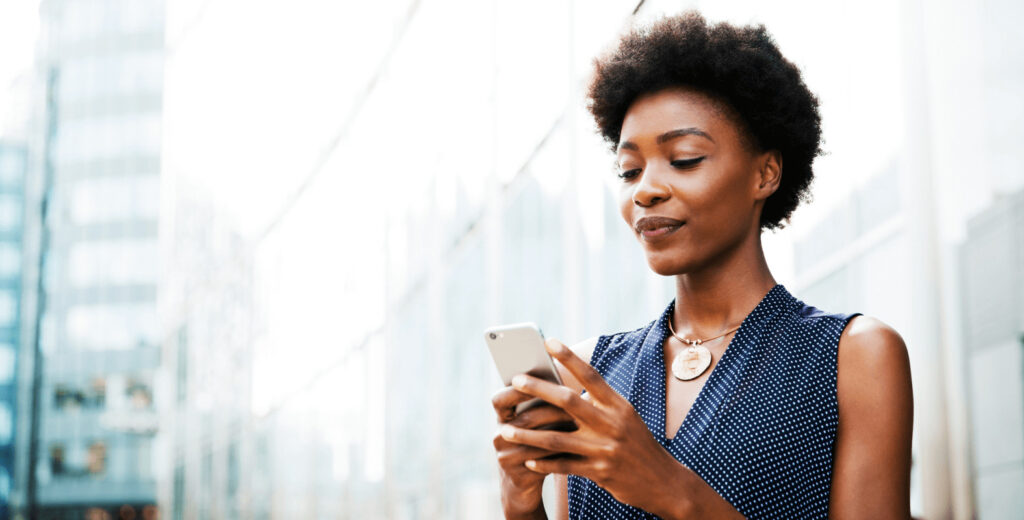 The Basics of Mobile Payments – What It Is & How It Works

We live in a world where most things can be done via the mobile phone. Watching…

It amazes me how, in 2020, so many small business owners don’t take advantage of credit…